​I moved there with my husband 3 kids and my beloved border terrier Seamus. He was always a loving family dog and lived any human he came into contact with. Only down side was he hated other dogs. We tried everything from behaviour treatment to doggie classes and nothing worked. I befriended a lady at work who trained her dogs and did agility and obedience etc. She had 3 border Collies and a  tiny griffon bruxellois. Trouble was one of her border collies was depressed by the constant attention of the griffon so she had decided to find another home for him. He really just needed a family and not to be in a training environment. Griffons by breeding are devoted to one person and in essence a lap dog. They were actually bred in the 1500's to sit on the laps of gentry. So with the help of a local kennel owner who let us board both my border terrier and the griffon we introduced them! It worked and we brought the griffon home. Although I was overjoyed to have him and Seamus got used to him quickly I secretly judged my friend for making the decision to re home her dog. A thought that now haunts me. Move on 7 years and my husband decides he wants a divorce. So I had to sell up and make the decision to move back home to Kent with my children and dogs. By this time my daughter had a puppy to, which made 3. Although Seamus was now cured of his aggression towards dogs he had developed a habit of incessant barking whenever anyone knocked on the door or posted anything through the letterbox. I was working to support my children and my neighbour would say it would go on for 3-4 hours until I got home. Faced with a problem once I moved into a rental house in Kent I turned to the MSPCA which is the Manx equivalent of our RSPCA. They were fantastic and helped me make the right decision for not only Seamus but also our other 2 dogs. Seamus was successfully re homed to a couple who were in all day, had plenty of land and the wife was in the early stages of dementia. Whose doctor had recommended getting a dog as a form of therapy. She couldn't have wished for a more loving dog. I didn't hand him over as it was too painful. I think of him daily and will always love him. He's happy and we have harmony in our home. I would never judge anyone again for a genuine decision to re home. A bitter sweet story.

We had thought about getting a dog but as we were both out at work for some or all of the day, it wasn't fair to get a puppy but we thought we could give a home to an older dog who wouldn't need as much attention.  We stopped off at the Leicester RSPCA centre on our way home from seeing friends and family over Christmas and New Year (all with dogs!) as I'd seen an old girl on their website that looked like a possibility.

We met the lovely Star but there was just no connection, she wasn't interested in us at all, however as we walked back with her to her kennel, I saw a set of grey chops nosing up at the wire of a nearby kennel and thought, ooh, that looks promising. We had a look at who was attached to the grey chops to see a scrawny, partially furless black German shepherd cross with a stick of a tail called Scrappy. We made some enquiries and he'd come in on 1st December weighing 21kgs, completely furless and red raw on his back, hindquarters and tail from a chronic case of sarcoptic mange.  The marvelous staff had bathed  and treated his mange and started to feed him up. We went back to meet him and he was being walked by one of the volunteers, I say walked, she was throwing the ball and he was retrieving it so enthusiastically you would think he hadn't had such an unpleasant ordeal.  We met him, he seemed to like us, we definitely liked him so we put our name down for him. The staff assured us he had a clean bill of health, his fur was growing back and he was putting the weight back on.

We renamed him Scraps because he did seem to be a bit of everything, and after we were approved at our home check he came home with us on 27th January 2012. He settled right in, my two old lady cats weren't initially keen (his assessment stated 'seems clever enough to leave well alone!') but he pretty much ignored them, so all was well.

He's now been with us for four years, we have no idea how old he is but he is starting to slow down a bit now, or maybe he's just not keeping up with the Golden Retriever puppy we got in 2014!

He's a brilliant dog and I'm very glad we made the right decision for him and us.

Photos are Scraps on our second visit to the RSPCA and Scraps with a much better tail at one of our local fords.

Mrs Alex G
Just wanted to let you know about the rescue charity I support and who saved our boy's life!!
It's called Action Aid for Animals (AAFA) and rescues dogs from horrific conditions in countries like Romania and Croatia (as well as UK based that need help). We rescued Noah last year from Croatia. He was on death row and his o my crime was being born! He was a young pup found abandoned with his siblings. He has 2 weeks to be found a home before City Hall could order his death! My world has changed completely thanks to rescuing Noah! I couldn't love him anymore than I do! Noah is our first dog together and he is perfect! We are looking at rescuing another from the same charity but just doing home renovations first!!
The charity can be found on Facebook and the main contact is a lovely lady called Kendra Pinder.
Spread the word 😁😁 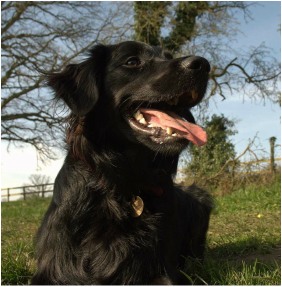 We have had tqo rescue dogs over the years and always founf them to be well worth the effort. Not to mention that the fee you pay for adopting a dog goes to help other dogs, rather than line a breeders pockets.

We go to the Chiltern Dog Rescue in Wendover , Bucks. Unlike some kennels you are not alowed to look at the dogs. You have to fill in a detailed questionnaire and they will then contact you when they have a dog or dogs they think will match your requirements..  You then go to meet the dog and see how you react to each other. If all is Ok you then have to go away and think about the dog overnight and if you still want it you then return to the kennels for a brief handling session to show you how to walk the dog on the lead. It's a bit of a business, especially as both my husband and i work so had to keep taking time off work, but I think it was worth it because we got a dog that fits in with us (well, we fit round him ) In my opinion this is a better way to do things a it makes sure you get a dog compatible with you and makes it easier to resist the feeling that you want to take all the dogs home with you.

Our first dog, since passed on, was Scruffy a beardie who had been really badly treated. He used to attack other dogs so we started taking him to dog training, more for socialisation than actual obedience. The trainer was very good and helped us a lot by letting him socialise under controlled conditions and after about 18 months of this we finally got him to understood that other dogs weren't going to hurt him.. He took a lot of work but it was well worth it because he turned out to be a lovely dog, good with people and all the school kids loved him.

Our current rescue dog, Rocky is a black Flatcoat Retriever/ Border Collie cross again from Chiltern. He's very affectionate and very intelligent. To keep his mind occupied our dog trainer is teaching him tracking and item retrieval which he loves. He does need a lot of exercise but it keeps us fit and since getting him we have made many friends among the local dog walkers who all look out for each other and their dogs. Rocky's walks are now more a social occasion as we owners walk and chat and he plays with his friends. You can also get advice and support from them.  If you do get a rescue it gives you a good conversation starter with other owners, some of whom will also have rescue dogs and who will share tips with you.

For new rescue owners I would strongly recommend taking your dog to training classes, preferably open ended ones, so that you can go each week for as long as you like and help is always on hind. Rocky was found on the streets and doesn't like traffic, so part of his training is to get him used to it in a safe environment.

It is also very  important to socialise your dog as well as yourself.. The dog training classes we attend are run by an ex Police dog trainer who has classes near us. Apart from the puppy class which lasts about 6 weeks, you can attend the training classes for as long as you want (we've been going for about 18 months) and pay each time you attend.. The training takes place outside in a secure field and once the dogs have done a few exercises they are allowed to play with each other under supervised conditions which encourages socialisation. The trainer is on hand each time to discuss individual dogs problems. Even classes in a church hall are useful so you are not on your own with your dog.

We have always been very happy with our rescue dogs. Sometimes they may need a little extra work like Scruffy did, but it's worth it and you'll know you've taken an unwanted dog and given it a new home. I know dogs bought from breeders who have been more of a handful than either of our rescues so i can't see why anyone wanting a dog would not go to a rescue centre first